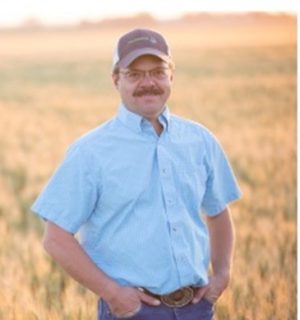 Andy Pittman lives on a farm in southern Alberta near Picture Butte and raises purebred sheep. He is also the Farm Operations Manager at the Agriculture and Agri-Food Canada Research Centre in Lethbridge. He and his wife Frances raised two daughters, Liz and Sarah, who grew up on the farm, each spending nine awesome years in the 4-H program with sheep as their project.

Andy was involved at the club level as a leader for many years. He was also a Lethbridge District Key Leader, and was on the South Regional Council for a number of years and feels fortunate to have been a facilitator at several Club Weeks. He was part of a group that started the Provincial 4-H Sheep Show, and he occupied each of the executive positions while on Provincial 4-H Council for eight years. He has also been a director on the Interim 4-H Alberta Board.

Andy was inducted into the 4-H Hall of Fame in 2020.  He is proud to have an opportunity to give back to an organization that has meant so much to him and his family.