4-H Alberta is extending an invitation to all 4-H Alberta Leaders & Volunteers to apply to chaperone and facilitate the upcoming trips or programs! If you or someone you know is interested, you can learn more and apply here: https://forms.gle/ZyVpvpCvwxDoCxss7

Alberta Agriculture and Forestry is accepting nominations for the Alberta 4‑H Hall of Fame.

The Alberta 4-H Hall of Fame honours Albertans who have made exceptional contributions to the 4-H program in this province through outstanding leadership and/or have made significant impact on 4-H youth and/or leaders.

Who can be nominated?
Annually up to 2 nominees (individuals, couples or groups) will be selected to join the other Albertans who have been honoured since the Hall of Fame was initiated in 1971.

Nominees may have served the 4-H program in Alberta as a volunteer or as a professional. Responsibilities and impact on 4-H, as well as involvement in other community organizations and activities will be taken into consideration.

A selection committee will make a recommendation to the 4-H Section who will forward the choices to senior Government of Alberta officials. Alberta Agriculture and Forestry will make the official announcement of the inductee(s). Groups or individuals are invited to submit a nomination by 4:00 pm on September 1st. Late or incomplete nomination packages will not be considered by the Selection Committee.

To read the brief biographies of the individuals who have been inducted into the Alberta 4-H Hall of Fame click here.

Volunteer leaders truly are the lifeblood of the 4-H program. With their support and guidance, 4-H’ers are given outstanding experiences and skill development opportunities to be responsible, caring and contributing individuals who affect positive change in the world around them. 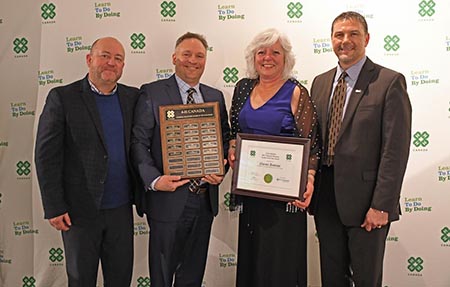 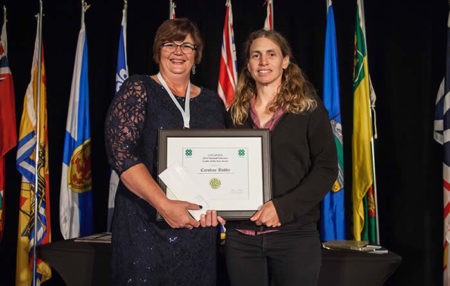 4-H Alberta offers various Leadership Development and Chaperone travel opportunities.  These opportunities give leaders the chance to travel nationally and internationally, meet fellow 4-H leaders and/or members, and expand their own leadership skills, knowledge and experience.  All leaders registered with 4-H Alberta are eligible to apply for these opportunities.

How to Submit An Application

Complete the appropriate application form and submit or email as an attachment to Alesha Hill – alesha.hill@gov.ab.ca

Send this form to two selected references.  Have them submit or email to Alesha Hill – alesha.hill@gov.ab.ca

Await confirmation that you have received the travel opportunity (within one month after the deadline date).

Only successful applicants will be contacted.