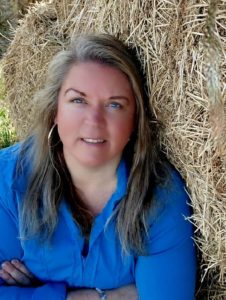 Charlene Preston was born and raised in Hanna, Alberta, and has moved several times, mostly in the East and West Central 4-H Regions. She is from a long line of 4-H family members and was recognized as the 1995 East Central Ambassador. Charlene took all of her post-secondary schooling at Olds College, where she obtained a Certificate in Commercial Floristry, a Diploma in Greenhouse Management, and a Bachelor’s Degree in Horticulture. She was also named the 2001 ACCC Top Student Leader in Canada and spent three months in Vietnam working on an Olds College/CIDA partnership project.

Charlene has been a nanny in Arkansas, owned her own flower shop and a massage business, worked for the Olds Grizzlys in the Alberta Junior Hockey League, worked for three different MLAs, and has served as a Town Councillor in the town of Sundre. She is now back in the Hanna area, where she works in Youngstown as their school secretary and is championing their Greenhouse School of Excellence program.

In her spare time she is the Rangeland 4-H Multi Club Sewing leader, she loves to travel and go to spas, and she loves to support (and spoil) her two nephews in whatever they are doing, be it hockey, football, baseball, or 4-H.