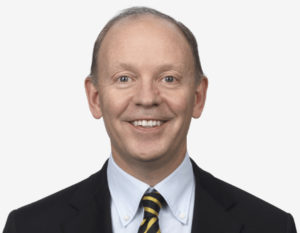 Scott Bodie is a tax lawyer and partner in the Calgary office of Bennett Jones LLP.  He received a Bachelor of Arts degree from Queen’s University in 1988, a Bachelor of Laws degree from the University of Alberta in 1991 and a Master of Laws degree from the University of British Columbia in 1994.  He was called to the Alberta Bar in 1992 and the British Columbia Bar in 1994.  His practice focuses on a variety of tax issues, including corporate reorganizations, mergers and acquisitions, the formation and capitalization of private equity funds, personal tax planning and wealth succession, agriculture and charity law.  In the course of his practice, he has gained extensive experience in the governance of non-profits and charities.  Scott has presented papers regularly to conferences sponsored by the Canadian Petroleum Tax Society, the Canadian Tax Foundation and the Calgary Bar Association.  Outside of his practice, Scott enjoys spending time with his family, involved mainly in a number of outdoor pursuits, including hiking, skiing, tennis and golf.